The Mayor of Scaredy Cat Town is one of my favourite bars. They have a sister bar in Clapham – I’ve been meaning to visit for absolutely ages. This has finally happened.

The King of Ladies Man is less hidden than it’s counterpart and while it lives in a breakfast club, it’s got a door of its own and everything. As the name implies it’s all about the 70’s cheese! Pink flamingoes on the wall and gold curtains. The menu took the classic form ‘Naked Lady, Naked Lady, Tom Selleck’ and had a whole page of Pina Coladas.

First up was a Pisco Inferno – how could I not with a name like that? 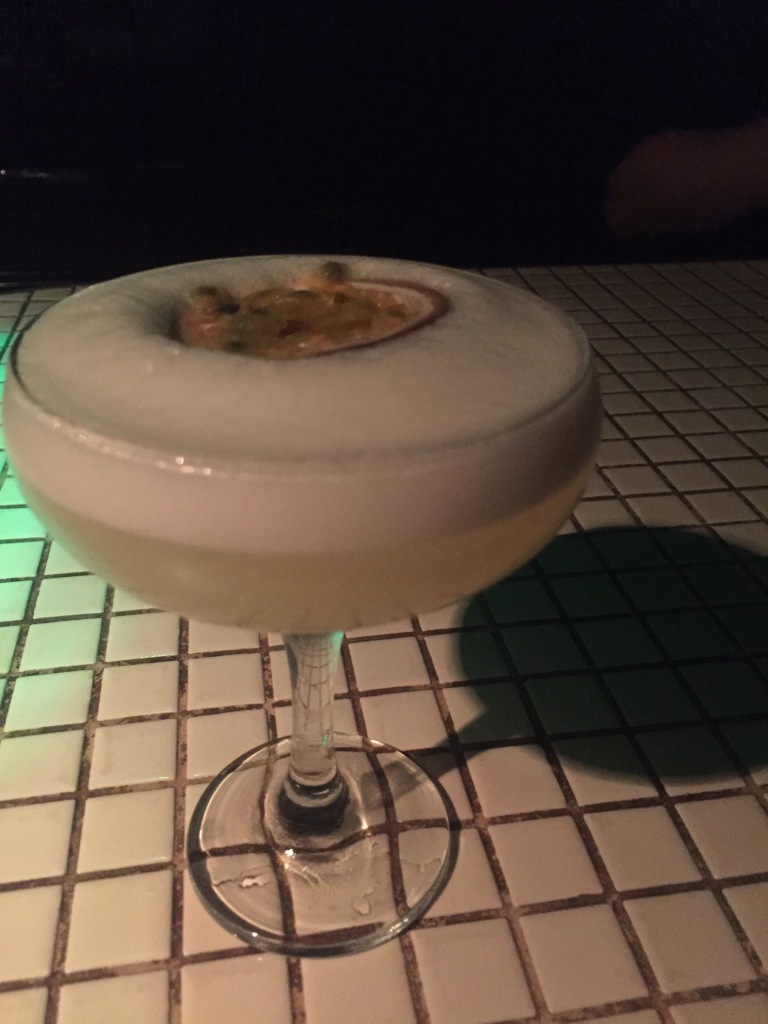 Did it live up to its name? No. Really unimpressed. Great name, shame about the drink. It was bland. I have a feeling it’d have been a lot better if I’d emptied the passion fruit into it before I drank it – but that would have been not the drink. 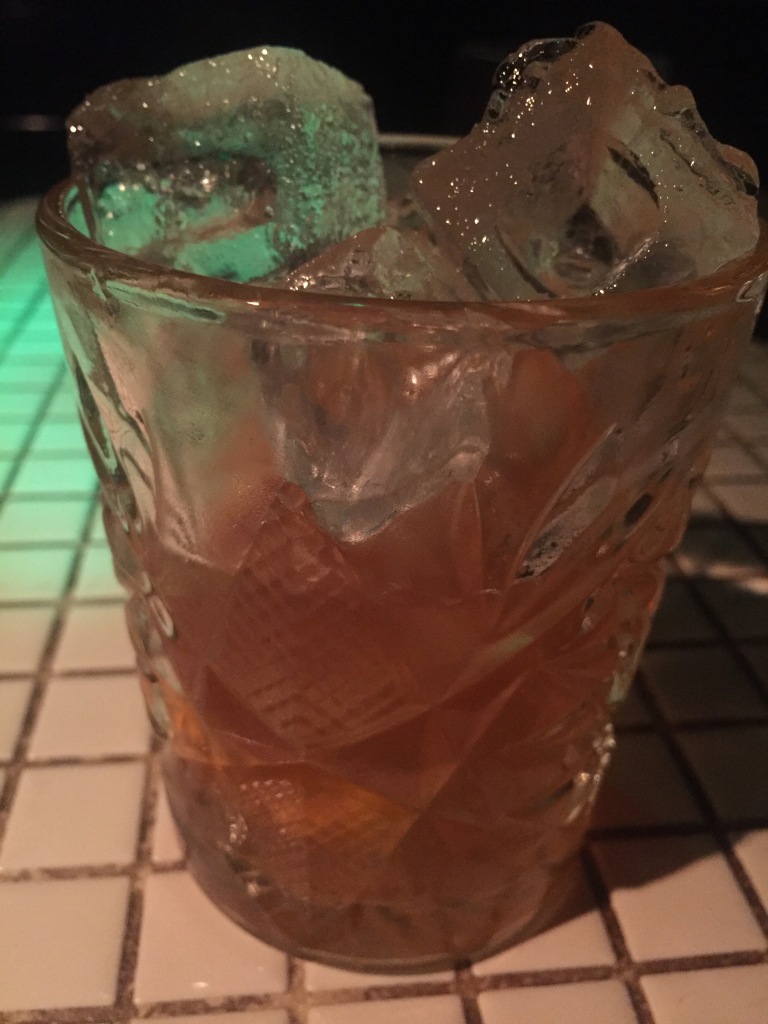 Next up was a Banana Old Fashioned. Banana and cinnamon infused whisky with bitters. This was a lot nicer. Still not knockout, but a pretty good drink. Did what it said on the tin.

Final drink of the evening came from the Colada Menu. A Man Man. A Pina Colada with ALL THE RUM. Well, four rums. And Fire. It was a pretty good Pina Colada. 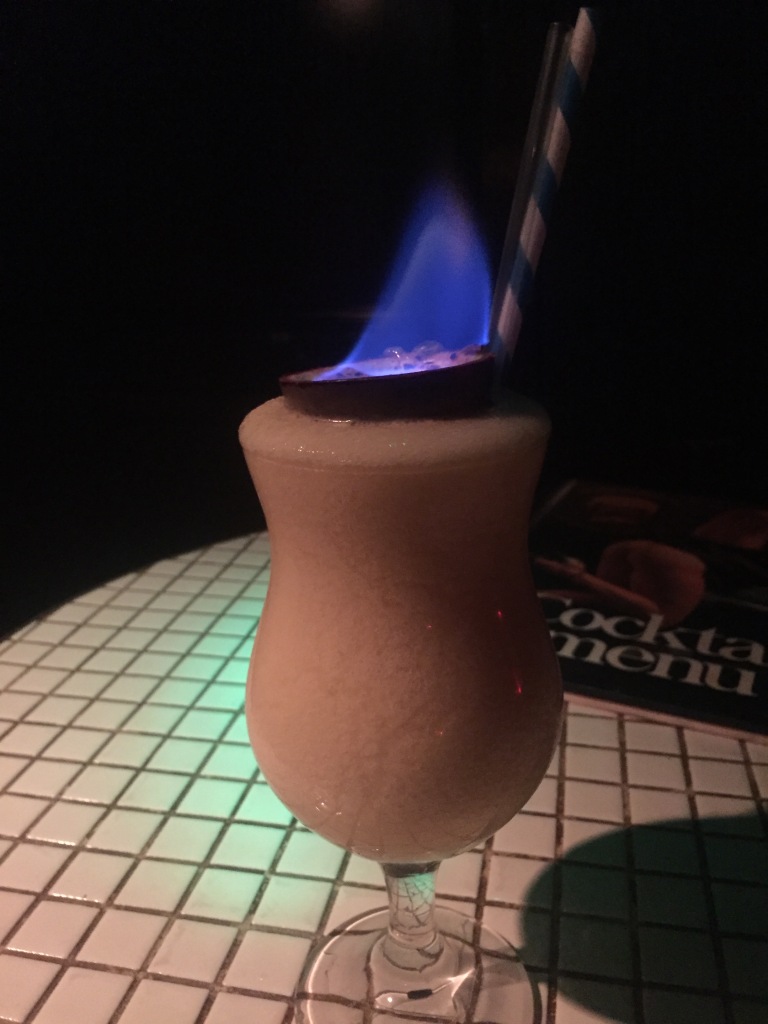 It wasn’t a bad bar. Far from it. It felt like it needed to turn everything up thought. It wasn’t 70’s enough. The sound track was mostly 80’s and it lacked either a disco feel or enough cheese.

The drinks didn’t have enough impact. They were pretty good. I accept that I made some poor choices. My co-drinkers drinks were nicer than mine and I probably shouldn’t have ordered the first drink based purely by name (although if you’re going to call a drink that it should live up). None of them really bowled me over though.

Given my love for The Mayor, I feel really bad for giving a less than glowing review for The King. It really wasn’t a bad bar and the staff were lovely. If you’re in the area, go, but it’s not worth a trip down to Clapham if you’re not around. The drinks didn’t make up for it not being 70’s enough. The 70’s-ness wasn’t enough to make up for the drinks only being OK.