I’ve been on holiday! Lovely girlfriend and I have just gotten back from a week in Madeira. While the destination wasn’t chosen with the fortified wine in mind, I’m sure you can see where this post is going. While we did drink some amazing wine from all over Portugal, which will be discussed at some point, I feel I should start with the eponymous.

Our first taste came as an aperitif at a restaurant that’d been described to us as ‘very touristic, but the food is good’. This was definitely the case, but since we were tourists, I have less problem with this than I thought I would. We were just presented with a glass of ‘medium-dry’, with some home made crisps. It was lovely! (also after the meal we had some local rum, which was also good). We wanted more! Our amazing Airbnb lady suggested that the Blandy’s tour is the best place to start.

It’s a tour of their ‘wine lodge’ which is where they do some of the ageing. It is ostensibly where the things that’ll become vintage are aged, but mostly tourism. We were taught about the different types of grapes used, history and ageing process. It was all really interesting (although the selling Blandy’s as the premium brand of Madeira wine was a little bit heavy).

It was a good tour. The tasting… less so. I’m not sure if it was their choices of tasters (two five year olds, one sweet, one medium) or just that they were too warm (room temperature in Madeira is ~25° C). Didn’t sell it to me. On the other hand, it was two glasses of Madeira included in a 5€ tour.

In a way, it did achieve its goal as Lovely Girlfriend and I then scampered over to D’Oliveiras for another (free!) tasting. We arrived about 15 minutes before closing time, so in a very un-Madeiran experience we felt rushed. We got tasters of three of their Madeiras and some cake. We left with a bottle of Madeira and a cake.

While out the next night we were out for Swanky-Meal-That-Cost-The-Same-As-The-Holiday. 2-Michelin Stars, seafood menu, mere centimetres from the atlantic (seriously, it was by far the best setting for a meal ever), matched wine… Including a Blandy’s 10 year old Bual at the correct temperature. They paired it with a blue cheese and dark chocolate ‘Ferrero Rocher’, which helped. Re-assessment time. It was delicious. Sweet and syrupy, but also crisp and acidic. It managed to taste of both christmas pudding and mushrooms. We lamented how nice it was and how it’s a shame there wasn’t a ‘swanky’ ticky box at the tour that signified that you were likely to spend far more than you can afford to on tasty stuffs.

It turns out they do. It’s called the ‘Vintage Tour’. They take you around some other rooms of barrels in the wine lodge and down to the safe. To see the barrels (and demijohns). A room where they keep the ~really~ old Madeiraii and a much better tasting. We saw the whole range of ageing rooms from top floor to basement. We saw a bottle of Madeira from 1755. 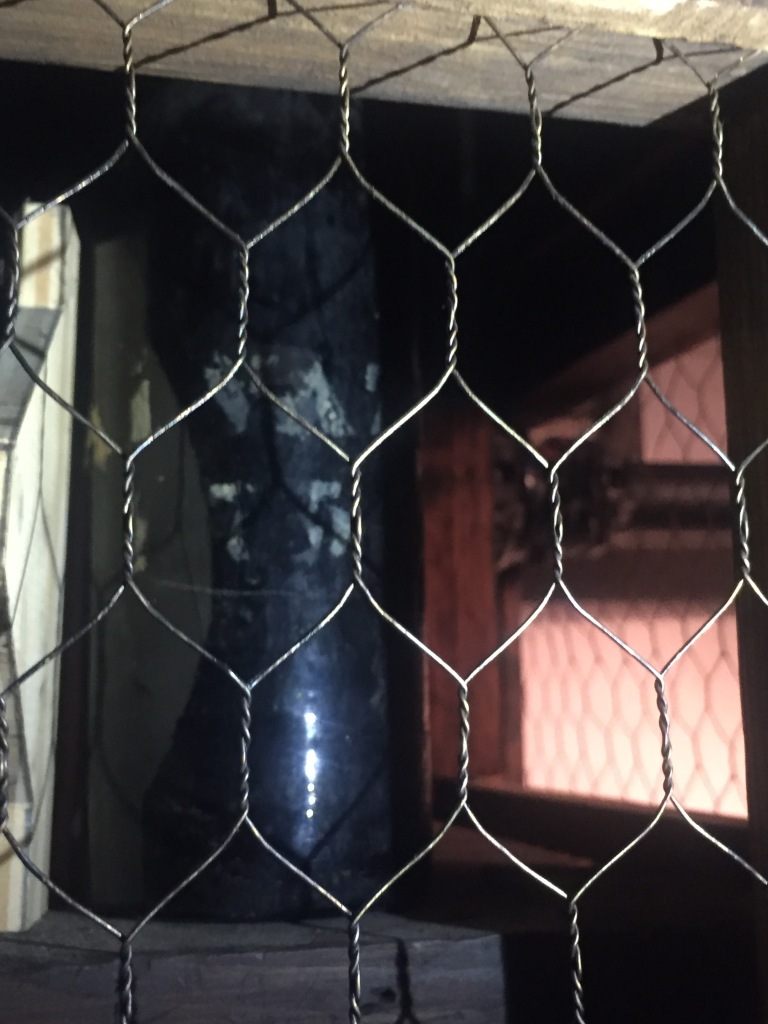 The focus was on the ageing process and the differences between vintage, non-vintage but with a year and ‘regular’ Madeira.

Tasting wise we were given another glass of that 10 year old Bual and a glass of Bual from 1968 to compare it with. They were both fantastic. Very different drinks. The 10 year old as discussed managed to taste like mushrooms and christmas pud at the same time. The vintage one was much more complex. It had a lot of caramel and molasses stuff going on. Both were very nom. Having acquired a taste (and having had a couple of glasses of wine and an hour before we needed to be anywhere else), we followed this with 1976 and 1977 Tarrantez’s.

Terrantez is the rarest grape and they only get enough to make wine in certain years. It’s also several hundred quid a bottle, so at a by the glass to try and persuade you to buy that price, it seemed like a good idea. It’s sweeter than the Bual’s we’d been trying up to now, but just as complex as the 1968. It’s interesting how different two bottles of the same thing from adjacent years can be. The ’77 was much sweeter than the ’76. They were both like a really complicated christmas pudding. Due to less sweet/more acid, I preferred the 1976. It’s odd writing about wine that is older than I am (despite that 1908 Madeira we had at Clove Club). It makes me feel like I am ‘one of those people’. I possibly am.

We came home with a bottle of the Blandy’s 10 Year Old Bual.